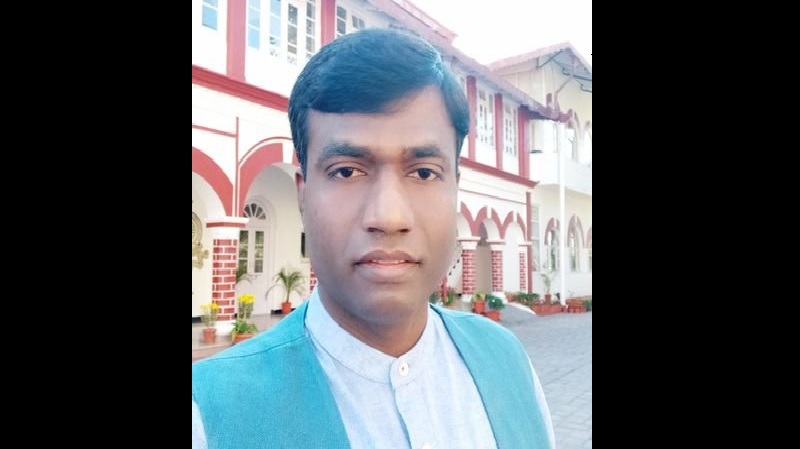 After a Zero FIR was lodged against Deputy Commissioner Manjunath Bhajantri in New Delhi, he refuted the charges levelled against him. He said in an ‘exclusive interview’ with www.legendofficers.com that I have nothing personal against Hon’ble MP Nishikant Dubey Ji.

He said that “It is an absurd and 100% concocted story as an afterthought to him getting caught in violating security protocol”. An investigation by the competent authorities will reveal everything in black and white.

The legendofficers.com correspondent asked him if he used to target MP Nishikant Dubey when you were said to have a personnel grudge against him.

He said it is false. Public servants take action based on facts and rules. Hypothetically, let us assume Hon’ble MP’s allegation is true – does it give Hon’ble MP, his adult sons, and followers permission to enter ATC and ATC Room? The country has a Constitution and Rule of Law. Law will take its course.

Let’s come out and say that wrong is wrong, he said. Before any big aerial disaster occurs. There is nothing personal or political about it. It is purely about safety and security of lives. As a lawmaker Hon’ble is expected to be even more circumspect in such matters.

According to the FIR, Dubey stated that on August 31, he along with MP Manoj Tiwari had to catch a flight to Delhi from Deoghar airport. He stated that he along with Tiwari and former Delhi MLA Kapil Mishra had come to Deoghar to meet the family of the girl who was set ablaze by a stalker in Dumka. “After checking in at the airport around 5:25 PM, I decided to meet and ask the airport director regarding the ongoing case at Jharkhand High Court over no ‘night take-off or landing facility’ of flights. I was stopped by the Jharkhand police officials and they even abused my two sons,”.

“They also threatened to kill me and did this on the direction of Deoghar’s deputy commissioner Manjunath Bhajantri,” it alleged. The zero FIR was registered in sections 124A, 353, 448, 201, 506, 120B, IPC and 7 Official Secret Acts.

Earlier, in a series of tweets, Dubey and the Deoghar DC, Manjunath Bhajantri, have been charging each other for violating norms to enter the ATC room. Dubey has charged the Deputy Commissioner’s authority of having entered the ATC room and having access to CCTV footage.