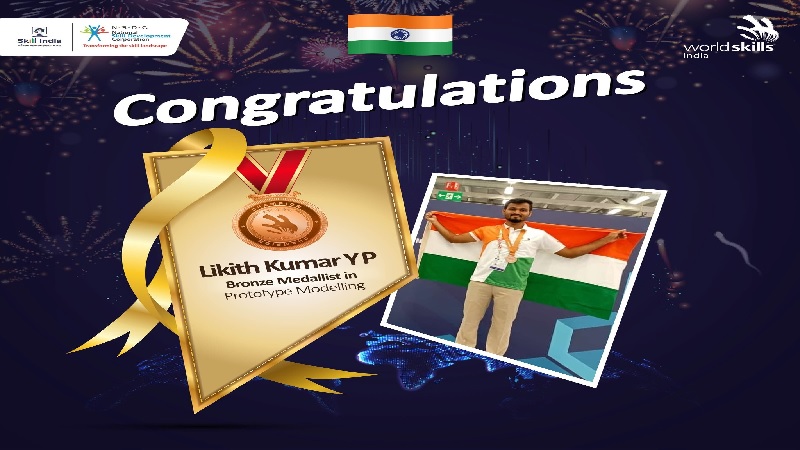 Earlier WorldSkills Competition was scheduled to take place in Shanghai but due to covid outbreak over there, it got shifted to 15 Countries to be conducted over the span of 2 months.

Competition of Prototype Modelling Skill was the beginning of WSC2022 as a phase 1. It took place in Bern, Switzerland from 7-10 September 2022.

Likith Kumar YP has been supported and trained by Toyota India Expert Mr. Bhaskar Singh, who is also a Chief Expert in Prototype Modelling Skill at WorldSkills International platform.

Likith has completed his diploma in Mechatronics from Toyota Technical Training Institute and was under training for this competition since January 2022. He has also won India’s National Skill Competition “IndiaSkills 2021” in Prototype Modelling Skill. His father is a farmer and feels proud on his achievements like selection into Toyota Technical Training Institute, winning IndiaSkills Competition and now making country proud by winning Bronze at International Platform.