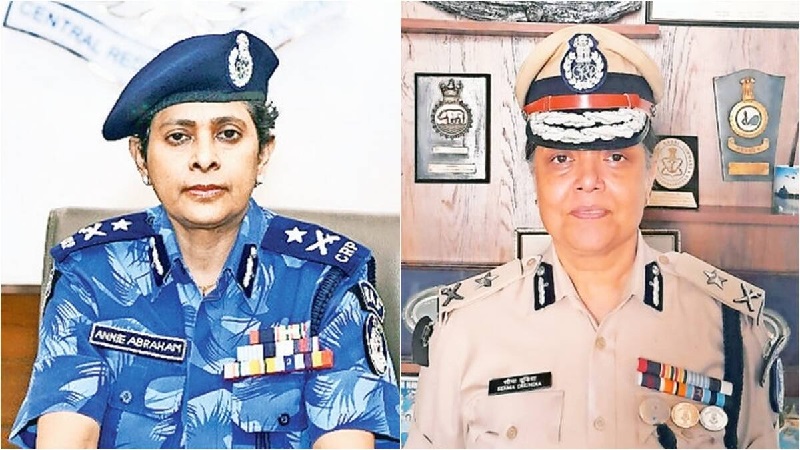 For the first time in the history of the Central Reserve Police Force (CRPF), two women officers have been promoted to the rank of Inspector General.

The Bihar sector of the CRPF will be headed by Seema Dhundia, while Annie Abraham, recently promoted as IG, has been posted as the head of the Rapid Action Force (RAF) of the CRPF. The RAF got a woman officer as its head since its raising in 1992.

Both officers joined the paramilitary force in 1987 as the first batch of women officers. They also commanded an all-women Indian police contingent at the UN. During their service, both were awarded the President’s Police Medal for Distinguished Service, the Police Medal for Meritorious Service, and the Ati Utkrisht Sewa Padak.