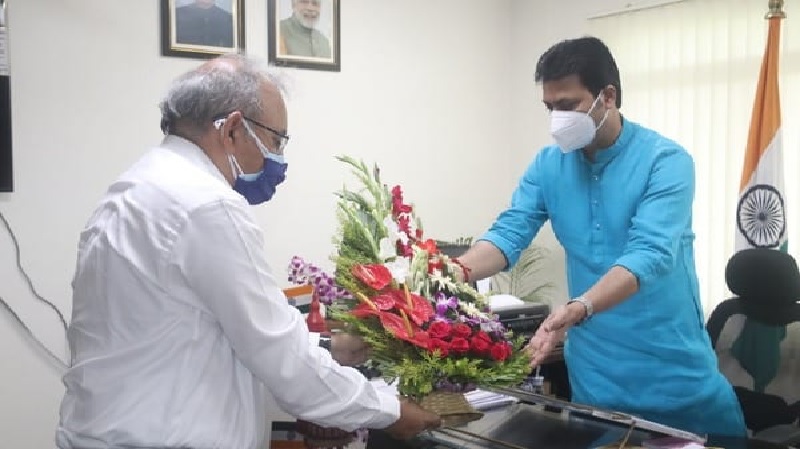 (PTI) : The Tripura government on Saturday removed Chief Secretary Kumar Alok from the top bureaucratic post and appointed him as the new Director of the State Institute of Public Administration and Rural Development, an official said.

JK Sinha, an IAS officer of the 1996 batch, who is the principal secretary of the Health and Family Welfare department, has been made in-charge Chief Secretary, the official said.

The removal of Kumar Alok from the post of chief secretary came a day after the swearing-in ceremony of Chief Minister Manik Saha as an MLA. Kumar a 1990 batch IAS officer was not seen in the oath-taking program of Saha held on Friday although it was a pre-scheduled program.

With this, the state has got six chief secretaries since the BJP-IPFT government came to power in 2018.