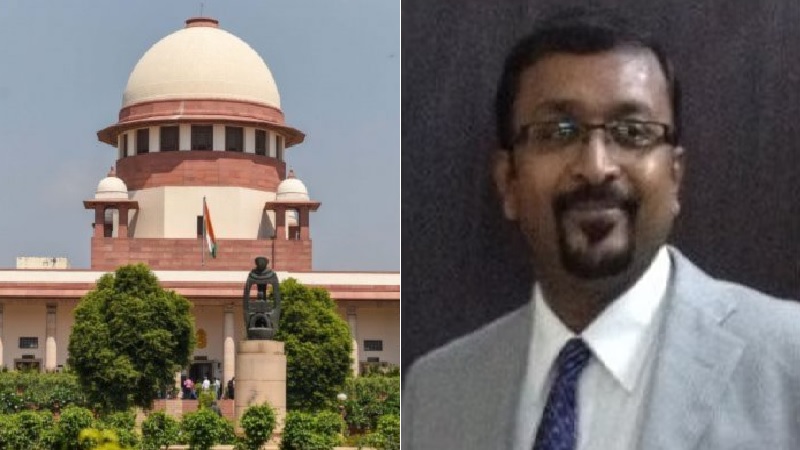 The Supreme Court Collegium Tuesday (17.01.2023) reiterated its recommendation to appoint advocate R. John Sathyan as a Judge of the Madras High Court.

Last year on February 16, 2022, the Collegium headed by then Chief Justice of India (CJI) N.V. Ramana had recommended six names for elevation to the Madras HC of which the central government accepted four, while the names of S. Sounthar and Sathyan were rejected.

The central government had reportedly rejected the SC’s recommendation on the basis of a report of the Intelligence Bureau (IB) referring to Sathyan’s posts on social media.

The IB report indicated that Sathyan shared an article by The Quint which was critical of the Prime Minister. Another post by Sathyan described the suicide of a medical student as a “political betrayal”, with the tag, “shame on you, India”.

However, the apex court has now expressed disapproval of the central government’s stance on the issue, reiterating its recommendation by calling Sathyan “fit and suitable” to be appointed as a judge of the Madras HC. The Collegium — now led by CJI D.Y. Chandrachud and comprising Justices S.K. Kaul and K.M. Joseph — dismissed the government’s stance that social media posts have a bearing on Sathyan’s candidature.

“In this backdrop, the adverse comments of the IB extracted above in respect of posts made by him i.e. sharing an article published in ‘The Quint’ and another post regarding committing of suicide by a medical aspirant candidate in 2017 will not impinge on the suitability, character or integrity of Shri Sathyan,” read the resolution adopted Tuesday.

The resolution pointed out that the IB report itself says Sathyan “enjoys a good personal and professional image and that nothing adverse has come to notice regarding his integrity”.

It further noted that all the members of the Collegium at that time, including Justice Kaul, Justice Indira Banerjee, Justice V Ramasubramanian, and Justice M.M. Sundresh had found him suitable for elevation, and recommended that he be “given precedence” over other names recommended by the Collegium for appointment as judges of the Madras HC.

“The Collegium, therefore, resolves to reiterate its recommendation dated 16 February 2022 for appointment of Shri R. John Sathyan, Advocate, as a Judge of the Madras High Court,” read the resolution.