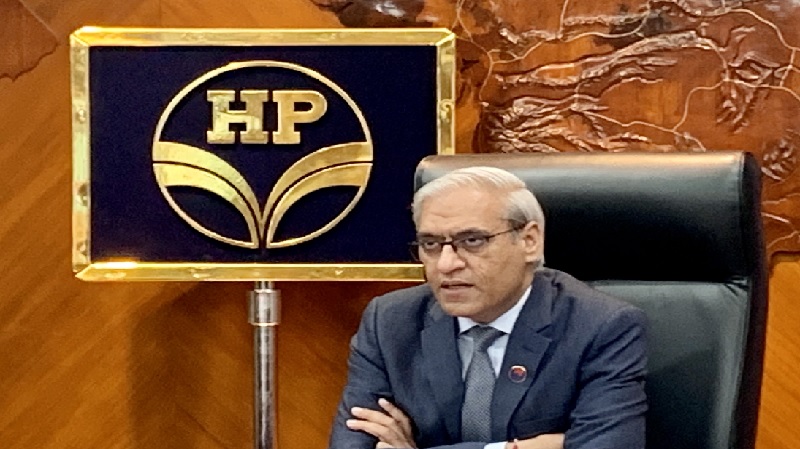 Hindustan Petroleum Corporation Limited (HPCL) has recorded Profit after Tax (PAT) of ₹ 1,795 crore during April-June 2021. Revenue for the quarter is ₹ 77,586 crore as compared to ₹ 46,108 crore during the corresponding previous period.

During the quarter, HPCL’s Mumbai Refinery undertook a major shutdown of its various units to complete a complex revamp and hook up jobs for its Mumbai Refinery Expansion Project. Inspite of the revamp shutdown, the refineries at Mumbai and Visakh processed 2.51 Million Metric Tonnes (MMT) of crude during April-June, 2021. The combined GRM of HPCL refineries for the quarter works out to US$ 3.31 per barrel.

In our efforts to provide clean energy, HPCL achieved the highest ever Ethanol blending of 9.3% during the quarter, which is also the highest in the Industry. HPCL became the first Oil marketing Company to launch Ethanol Blended Petrol in Ladakh region

In order to provide multiple choices to the customers for their energy needs, HPCL has entered into a strategic partnership with M/s TATA Power, India’s largest integrated power company. The agreement envisages providing end-to-end EV charging solution to customers across HPCL’s retail outlets in various cities and major highways.

In our constant endeavor to create value for the stakeholders, HPCL had initiated ‘Share Buy Back’ program in November 2020 through market transactions for a maximum value of Rs. 2,500 crore at maximum rate of Rs. 250 per share. The Buy-back program has been successfully completed on its expiry date of 14th May 2021. In its entire Buyback program, HPCL bought back a total of 10.52 Crore Equity Shares utilizing a total of Rs. 2,398 Crore.

During the quarter, HPCL continued its operations without any disruption to ensure availability of LPG, Petrol and Diesel for essential services and the public while ensuring the safety and well-being of its stakeholders and the workforce.

As a responsible corporate citizen, HPCL provided all assistance to facilitate oxygen supplies and strengthen healthcare infrastructure. HPCL also provided support to Covid-19 vaccination Drive in India by providing equipment for storage and transportation of vaccines in the states of Punjab, Maharashtra, Chandigarh and Rajasthan.