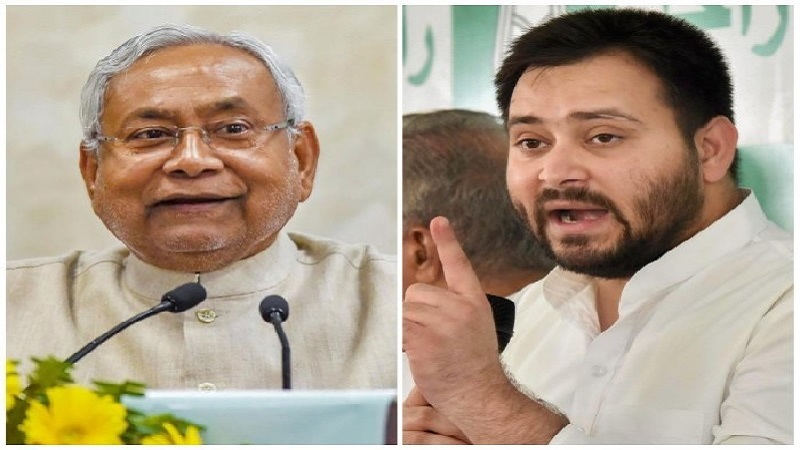 So one more time, Nitish Kumar becomes the CM of a coalition government in Bihar. And with JD(U) leader once again adorning the crown, the people of the Bihar have busted all theories and exit polls that had speculated a change in the guard this time. Almost all exit polls had predicted a clear majority for RJD led Mahagathbandhan.

Now the bureaucracy- the class most comfortable with the status quo in the political power, heaves a sign of relief with Nitish government once again coming to power. Earlier, with most exit polls predicting a clear majority for Mahagathbandhan and the possibility of Tejaswi Yadav becoming the CM had given jitters and sent shock waves to the power corridors in Bihar.

The final results of Bihar Assembly elections have proven all exit polls wrong. Though, RJD is the single largest party with a final seat tally of 75, it is the NDA under the leadership of Nitish Kumar who has formed the government once again in Bihar. Within the NDA alliance, the BJP in spite of winning more seats than the JD(U) is supporting Nitish Kumar as CM and saffron party has not staked the claim for CM’s chair.

The political heat in the state has now subsided and so is the disquiet within the state bureaucracy receding .

But things appeared to be much different, till a few days back. The period between 6 pm of November 7 till 8 pm on November 10 was particularly turbulent for the bureaucracy and its impact was felt and being widely discussed in the power corridors of Bihar as well as in New Delhi.

Nitish Kumar has been the CM and the Power Centre of Bihar for last 15 years. It is very obvious that the state’s present bureaucratic structure was of his making and placed according to his suitability. But the Exit Poll predictions in the evening of November 7, had shaken the entire state’s bureaucratic structure built over the years. By 7 pm in the evening of November 7, most news channels, through their exit poll, had predicted that people of Bihar had have voted for a change in the regime.

In such a scenario, it was very obvious for the state bureaucracy to be anxious about the possible outcome. Each moment, after the Exit Polls were adding to the anxiety and suspense. The entire day the poll predictions had kept the Babus on tenterhooks- their mobile phones buzzing and ringing, with each one of them speculating and pondering over the exit poll predictions, while few in the echelon still putting up a brave front with hoping that the final result could still turn the tide in other direction.

While some were certain that there is going to be a major upheaval in an otherwise settled and comfortable state bureaucracy and cadre due to a ” Regime Change” and power transfer. Bureaucrats being bureaucrats, they were trying to analyze the exit poll predictions in terms of its accuracy in percentile terms over the years. Everybody was still hoping that the exit poll results could turn out to be inaccurate and unreliable and in that even they will retain their power and position, as usual. But from inside, most of them were a shaken lot. A mere thought of RJD led Mahagathbandhan Raaj was reason enough for many of them to go packing and planning for their next career moves, preferably on Central deputation and outside Bihar. The night of November 7 was the most restless for many of them…. a night of uncertainty, speculation….a night to remember.

The unsettling and the dust storm started by Exit Polls intensified further on November 8. Bureaucracy, now started believing the predictions, since everybody else believed them. Now speculative discussions started in Bailey Road drawing rooms, i.e. who is going to be the next Chief Secretary? Who will be the new DGP? Speculations and rumors were rife. People started looking for Chief Secretary Dipak Kumar’s successor. Doubts started making the rounds whether DGP S K Singhal, would be made regular. By the afternoon of November 8, people started discussing the replacements and new postings in important departments. Discussions intensified on who will be kept intact and who will be shunted out and who will be allocated which department, etc. In the power corridors of Patna, the intensified dark clouds of uncertainty forced some of the most powerful bureaucrats, considered to be closer to the power Centre, just till a few days back, to plunge into a pal of gloom. For bureaucrats, after all one has to smell the air, and plan accordingly. Career matters. Some even turned philosophical…”Let’s face whatever comes our way”, became the motto of those hardened souls.

By the next day, November 9, morning, the Exit Poll predictions, nothing more than an estimation, became gospel truth for the power brokers in Patna. The predictions being shouted out from TV Channels, newspapers, social media and digital platforms, started becoming an imaginary reality
for the majority and they started taking them as real and was bracing for a change. And bureaucrats were no exceptions. Not only people in the bureaucracy, even people from the political parties in the state started taking the Exit Poll analysis as true. Even NDA leaders, though publicly talked about waiting for actual poll results, but the Exit Poll demolished their confidence. On the other hand, leaders from RJD beamed with a newfound self-confidence and glory- a very natural ecstasy for somebody waiting to be sworn in. They started making their own list of favorable bureaucrats. The confidence of RJD power centre and it’s cadre was a thing to be remembered for long, in the power corridors of Bihar. Equations were being drawn, i.e. who is to be given what post? And, to be placed where ? All the nuances and the detailing was in the making. The expectations of new Maharajas coming to power spread like a wildfire not only in the power corridors of Bihar and but also in the national capital. The disappointment and gloom were rife among bureaucrats considered close to the Nitish Government. And their only hope was the the D-Day, i.e. November 10. For many, many had harped on the hope that the final results could still be somewhat favorable for them.

Finally, the D- Day of November 10 arrived. The morning of November 10 was no different. The people in bureaucracy had hardened their heart and strengthened their soul by now, come what may, let’s accept the situation bravely. By 8 AM on November 10, it was becoming gradually harder to wait for the final results. Those last moments before beginning of the counting and pouring in of election results were too tough to handle. When the initial trends started pouring in, they mere much on the expected lines, fairly in tune with the Exit Poll predictions. In the first 90 minutes of the counting, by 9.30 AM, it appeared like a losing battle for the state bureaucracy. TV Channels started running Senior JD ( U) leader K.C.Tyagi’s statement, which was more like accepting his party’s defeat. But, by 9.45 AM things started taking a different turn. After the initial trends indicating a landslide majority for RJD, now JDU led combine was on a leading path. But still, the shaken self-confidence of the state bureaucracy as a result of the crucial developments of last few days, was hard to restore. People still thought that trends might shift any moment in counting. But it was apparent that the final results are going to be interesting and this is going to be a battle to be remembered. The results are not going to be one sided or an easy win for any of the two political alliances and any one of them can form the government. Gradually the state bureaucracy, expecting a rout till a few hours back, started gaining its confidence.

The Covid-19 situation resulted in an increased number of counting centers, leading to a somewhat slower process of counting of votes and the declaration of final results. All this was proving to be a tough test of one’s patience and people in the power corridors and bureaucracy were no exceptions. The tough contest between NDA and Mahagathbandhan must have raised the blood pressure of many in the bureaucratic circle . As the counting of votes progressed further, it became quite apparent and clear that, the results for the Bihar Assembly elections are not going to come as per the Exit Polls. By the mid of the D day of November 10 it became very clear, NDA was leading continuously since last 3 hours, even though the margins of the lead were narrow. There were moments when it looked that the results could have turned in anybody’s favour. But after a brief spell, NDA regained its lead once again and maintained it till the very end. By now, the state bureaucracy, the wheeler’s and dealers in the power corridors were completely re-assured of maintaining the status quo and that they would continue their power equations with the new government and it would be a LIFE AS USUAL IN BIHAR’S POWER CORRIDORS. (By-Vijay Shankar & Rajeev Singh)