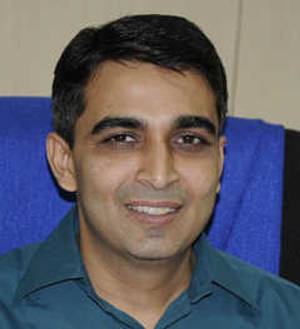 With the vision to reform governance, Vijay Maruti Pingale, a 2004 batch officer of the Tamil Nadu cadre, joined the civil services. But after 14 years, the civil servant, an MBBS degree holder, decided to call it a day. He submitted his resignation few days ago and cherishes to fulfill his goal of governance reform by joining an NGO. The State government, however, is yet to accept his resignation.

Dr. Pingale, as Deputy Commissioner (Works), Chennai Corporation, introduced advanced technology to fix responsibility for shoddy work on civic infrastructure projects such as roads, bridges, streetlights, and pedestrian facilities and this is when he first came under spotlight.

He won public support when, during his tenure, contractors who re-laid roads without adhering to norms began to be regularly penalised. He was smart enough to involve IT companies in developing a digital dashboard for monitoring all civic projects on a real-time basis at the field level.

He formed a special team of engineers for monitoring civic projects. The team found that more than 30% of the roads re-laid in Chennai lasted less than a year.
Dr.Pingale had also unearthed a scam in the maintenance of public toilets in Chennai and initiated action against those who had illegally collected money from residents. Surprisingly, or perhaps expectedly, after just 16 months in the Greater Chennai Corporation, Dr. Pingale was shifted to the Industries Department. According to sources, this was done under pressure from the contractors whom he had penalised.

As Joint Secretary, Industries Department, Dr. Pingale organised the Global Investors Meet in Chennai. With his resignation as yet unaccepted, he remains with the department, under the Union Ministry of Commerce in Delhi. According to sources close to him, Dr. Pingale, is all set to join a NGO involved in an issue close to his heart – the use of technology to improve governance.